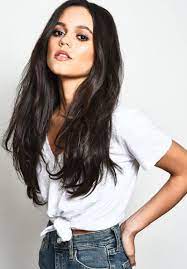 Tim Burton has cast Jenna Ortega (You) in the lead role of Wednesday Addams for his upcoming live-action series for Netflix, simply titled Wednesday. Billed as a coming-of-age comedy, Burton’s Wednesday envisions the character’s formative years at Nevermore Academy. There, Wednesday will learn to master her emerging psychic abilities, solve a supernatural mystery that has surrounded her parents for decades, thwart a horrific killing spree that has terrorized the local town, and navigate her life as a teenage outcast. The series will consist of eight one-hour episodes for its inaugural season.

Ortega is taking over the role from Christina Ricci, who is most closely associated to the character, thanks to her famous depiction of Wednesday Addams in 1991’s The Addams Family and it’s vastly superior sequel, Addams Family Values in 1993. While nothing official has been announced, previous reports have indicated that Ricci could possibly be returning to the franchise, this time portraying Wednesday’s mother, Morticia.

This isn’t Ortega’s first time diving into the macabre. She plays a lead role in the upcoming Scream revival, which just recently wrapped filming. Ortega is also known for her work on The CW’s Jane the Virgin and starring in her first series lead role on Disney Channel’s Stuck in the Middle.