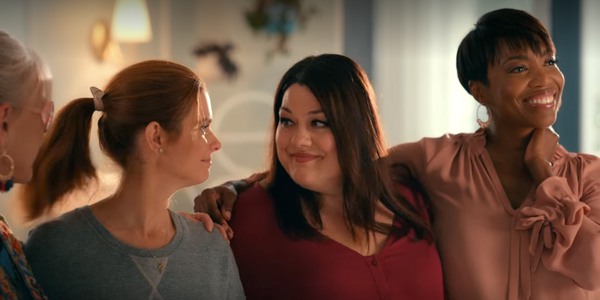 Sweet Magnolias to return to Netflix in 2022, adds 3 series regulars

Sweet Magnolias, Netflix’s hit summer series from 2020 about three female best friends in a small town who open a spa together, has been renewed for a second season which is currently underway. Sources indicate that season two won’t air until sometime in 2022, so it could be a while before we get answers to season one’s cliffhanger finale. Recurring characters Noreen Fitzgibbons (Jamie Lynn Spears), Erik Whitley (Dion Johnstone), and Ronnie Sullivan (Brandon Quinn) have been upped to series regulars for the upcoming season.

Based on Sherryl Woods’ book series of the same name, Sweet Magnolias stars JoAnna Garcia Swisher as recent divorcee Maddie Townsend, Heather Headley as boss attorney Helen Decatur, and Brooke Elliott as chef Dana Sue Sullivan. These ladies are lifelong best friends who team up to open a luxurious spa in their hometown of Serenity, South Carolina. The Netflix drama follows the friend group as they shepherd each other through the complexities of romance, career, and family.

Season one, which consisted of ten episodes, ended with a possibly fatal car accident, involving several of the show’s prominent characters. While no solid viewing numbers have been released for the series, it did spend several weeks on Netflix’s coveted Top 10 list.