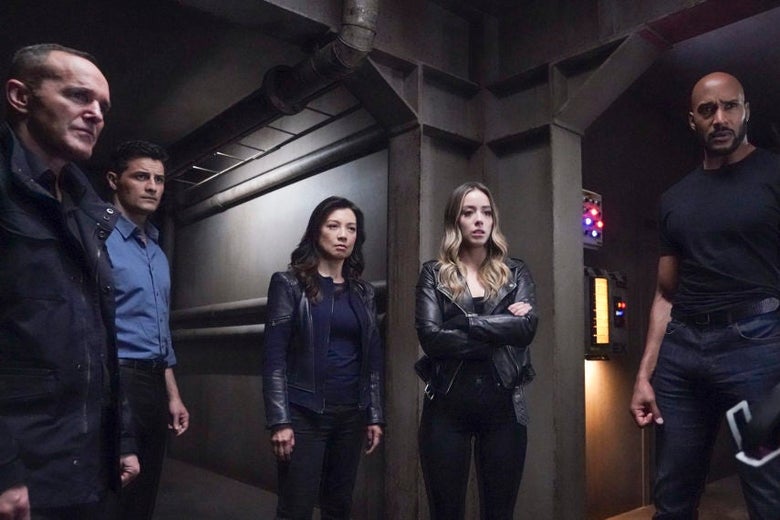 Coulson returning to MCU–is the rest of Agents of SHIELD far behind?

With the August 11th premiere of What If…? rapidly approaching, Marvel Studios recently released the official roster of actors who would be providing voice work for the animated series. There’s a lot of familiar names on this list who weren’t featured in the What If…? trailer, including Kat Dennings as Darcy Lewis, Cobie Smulders as Maria Hill, and Clark Gregg as Phil Coulson.

There’s been a lot of heavy debate about whether or not ABC’s Agents of SHIELD is an official part of the MCU, or “canon,” but this is a clear indication that the MCU is interested in preserving some of the hit series. It has been stated that the What If…? series is technically canon and, as such, Coulson then becomes canon as well. Could the rest of the characters from Agents of SHIELD be far behind?

Agents of SHIELD ended it’s seven-season run in August 2020, but many of the character’s stories concluded with an open-ending. Daisy Johnson (Chloe Bennet) and Daniel Sousa (Enver Gjokaj) were revealed to be part of an outer space version of SHIELD similar to SWORD, which was recently featured in the WandaVision limited series. Similarly, Yo-Yo Rodriguez (Natalia Cordova-Buckley) and Mack (Henry Simmons) were shown to still be active agents of SHIELD.

With a Secret Warriors project rumored to be happening in Phase 5, it’s entirely possible to see some of these former agents return to the MCU. Specifically, Daisy and Yo-Yo, who are members of the super team in the comic books. While there is no official confirmation on a broader Agents of SHIELD return, it would be smart of Marvel to captialize on the dedicated fanbase that made the show the longest-running Marvel television series ever.