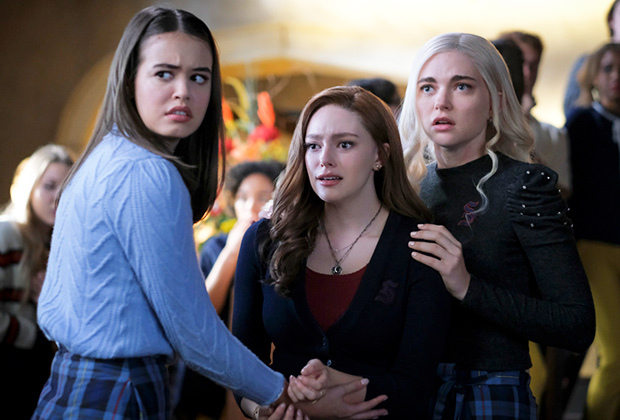 Is your favorite tv show in a post-shutdown slump?

As television begins to get back to its new normal, many fans are struggling to stay interested in shows that experienced a bump in momentum due to the production shutdown related to the COVID-19 pandemic. Obviously, the situation was understandable, as the health of cast and crew members took priority, and its truly unfortunate that some shows had to end prematurely, before concluding season-long storylines. However, now that television shows are returning, many viewers are experienced a case of “You have been on hiatus for almost a year and this is what you came up with?” when it comes to the writing of their favorite shows.

For example, the second season of Legacies left off on the rather odd cliffhanger of Hope (Danielle Rose Russell) being in a magical coma after rescuing Josie (Kaylee Bryant) from her evil side. Of course, the first couple of episodes were used to tie up that storyline, but the rest of the season so far has been a bit…clunky. There’s a search for the randomly missing Landon (Aria Shahghasemi), Rafael was placed indefinitely in the prison world (making way for Peyton Alex Smith’s departure from the series), and the Necromancer (Ben Geurens) has definitely worn out his welcome. The thing that made the show special to begin with was a combination of The Vampire Diaries lore paired with Buffy the Vampire Slayer-level adventures that primarily centered around Hope, Josie, and Lizzie (Jenny Boyd). While Lizzie has retained the maturity and growth she experienced over the last two seasons, the writers now appear to not know what else to do with the character.

Another example is Zoey’s Extraordinary Playlist, a breakout hit during it’s first season. What started out as an endearing show about a young woman named Zoey (Jane Levy) who randomly gains the ability to have other people’s inner most thoughts sang to her, and then uses her power to help others, quickly became a watered-down version of it’s former self in season two. The beginning of the second season seemed to focus more on Zoey’s unnecessarily chaotic love life, having her bouncing back and forth between man-children Max (Skylar Astin) and Aiden (Felix Mallard), rather than focus on other aspects in her life, like taking over her former boss’s position. Lauren Graham, who departed the show after the first episode of season two, and Mary Steenburgen’s Maggie, are both sorely missed throughout the second season. The saving grace for many viewers is the continued performance of the fabulous Alex Newell as Zoey’s neighbor and confidante, Mo. In fact, Newell was recently nominated for a well-deserved Critic’s Choice Award.

Ironically, one of the shows that has handled the post-production shutdown the best is also the one that has arguably had the most changes to endure in between seasons. Batwoman has found new life on The CW, following Ruby Rose’s departure of the lead character after only its first season. Season two introduces us to Javicia Leslie’s Ryan Wilder, a more grounded character that becomes a bit more of a street-level vigilante as Batwoman. Supporting characters including Sophie (Meagan Tandy), Luke (Camrus Johnson), Mary (Nicole Kang), and Alice/Beth (Rachel Skarsten) have stepped up their already formidable games by continuing to tell riveting stories about found families, death, loss, and rebirth. Talk about making lemonade out of lemons.