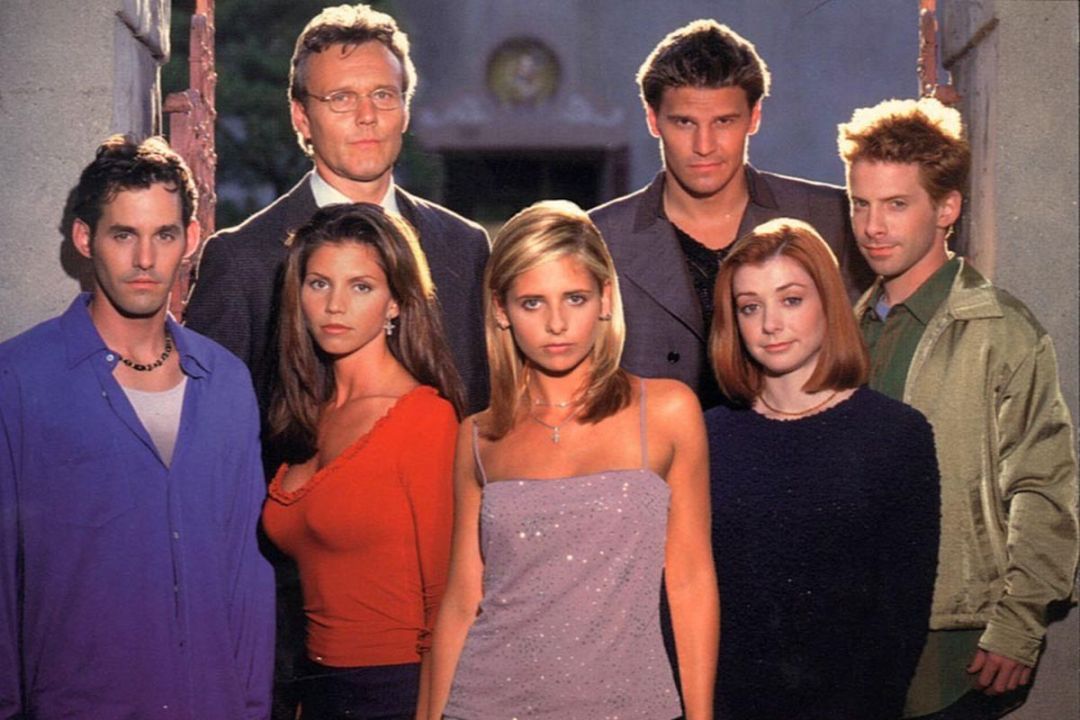 ‘Buffy’ at 25: How the show changed pop culture forever

This year marks the 25th anniversary of Buffy the Vampire Slayer, one of the most successful genre television shows in history. The series originally debuted in 1997 as a mid-season replacement, but would go on to last a total of seven seasons, while also creating it’s own spin-off and subsequent comic book franchise in it’s wake. Following the lives of a valley-girl-turned-vampire-slayer and her group of friends who battle the evil forces of darkness, Buffy became a cultural touchstone and changed the television landscape forever with it’s mashup of humor, horror, and heart.

The cast included a slew of relatively unknown actors at the time, except for a few individuals who had some previous work under their belts. Sarah Michelle Gellar, fresh off her Daytime Emmy win for her portrayal of Kendall Hart on the ABC soap All My Children, was cast in the lead role of Buffy Summers. Former Taster’s Choice commercial heartthrob Anthony Stewart Head joined the cast as Buffy’s mentor Giles. Alyson Hannigan, who had already appeared in supporting roles for multiple projects throughout the 80s and 90s, was cast as Buffy’s BFF, Willow. Newcomers Nicholas Brendon, Charisma Carpenter, and David Boreanaz rounded out the principal cast of the first season.

While the first few seasons perfectly utilized common high school stresses by turning them into high-stakes villains of the week, the show eventually grew to become much more than just a teen horror drama. Buffy the Vampire Slayer changed how female characters were written. Buffy and her friends were able to be both heroic and flawed, they were able to save others, but not always themselves. Buffy Summers was the antithesis of the classic blonde victim running away from things that go bump in the night, instead she became the ultimate final girl. Buffy used her brains, brawn, and quick wit to battle the forces of darkness, and looked damn good doing it along the way.

The supporting characters of Buffy were equally important as well. Hannigan’s nuanced portrayal of Buffy’s bff Willow is often one of the most praised roles on the show. In the fourth season, after starting to dabble in witchcraft, Willow began a romantic relationship with fellow Sunnydale witch, Tara Maclay (Amber Benson). This relationship was groundbreaking at the time, being the first long-term, same-sex relationship depicted on a mainstream television show. The bond between Willow and Tara broke down barriers and started a conversation about queer culture long before anything else on television. To this day, it is cited and celebrated as one of the most treasured lesbian relationships in pop culture history–despite the relationship’s tragic ending.

Buffy the Vampire Slayer wasn’t afraid to show it’s female characters defeated, but it never depicted them as victims, either. The show’s legacy of powerful female characters continues to draw in new fans, decades after it’s original airing. Of course, the stories of the Scooby Gang have continued in various mediums, most recently a comic book series via BOOM! Studios, along with a recently announced YA book continuation, titled In Every Generation by renowned supernatural author Kendare Blake. There’s even been talk about resurrecting the idea of a new Chosen One with a television reboot, though nothing official has been announced as of yet.

One thought on “‘Buffy’ at 25: How the show changed pop culture forever”